China’s proportion of domestic and foreign past due B2B invoices is almost in line with the regional average and has increased compared to last year.

China has been rebalancing its economy away from investments and exports towards consumption. This has caused a slowdown in GDP growth, from 10.6% in 2010 to 6.7% in 2016. After an uptick in growth in 2017 driven by higher investment, we expect growth to slow down further in the medium term. After the Communist Party Congress in the fall of this year, authorities are expected to rein in credit growth. According to our survey results, the potential impact of this development seems to be one of the main reason of concern for suppliers within the country as well as those in countries trading with China. 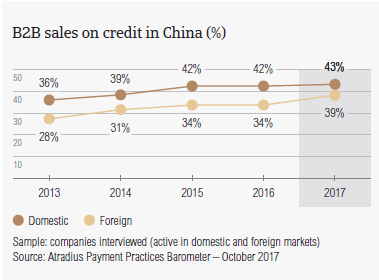 In 2017, respondents in China reported an increase in the proportion of past due receivables from both their domestic and foreign B2B customers.

In 2017, domestic B2B customers of respondents in China had to fulfil their payment obligations faster than in 2016 while foreign B2B customers enjoyed average payment terms similar to those given in 2016. Payment delays have been reported to have decreased slightly. 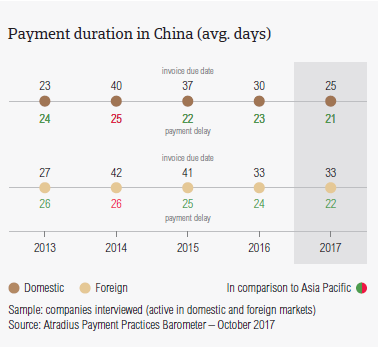 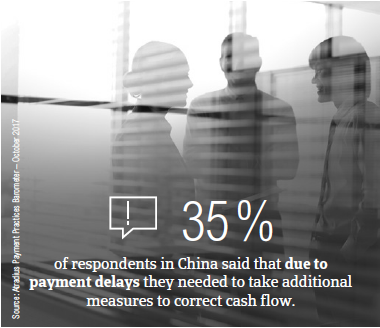 Next to their peers in Indonesia and India, respondents in China are some of the most likely in the Asia Pacific region to increase their use of credit management practices to protect themselves against risks stemming from Brexit, US protectionism and the slowdown in Asia. 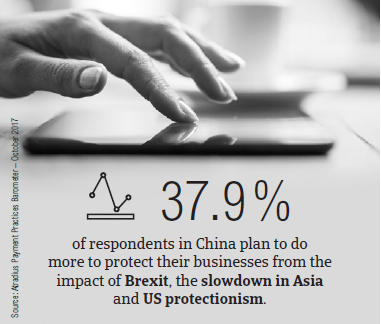 The total value of B2B receivables written off as uncollectable in China increased from 1.8% in 2016 to 2.0% in 2017. A minor increase was observed in most of the Asia Pacific countries surveyed with the exception of Singapore, Indonesia and India. 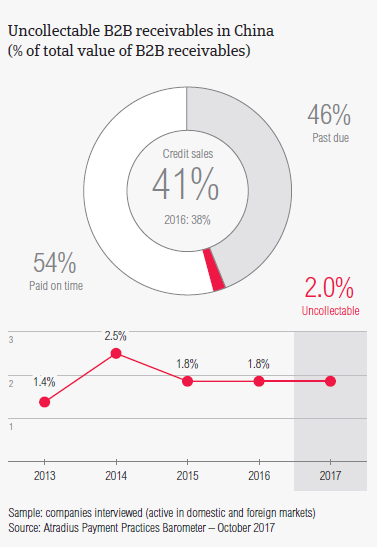 Looking ahead, more respondents in China seem to expect an improvement than a deterioration in the payment behaviour of their B2B customers over the coming 12 months. 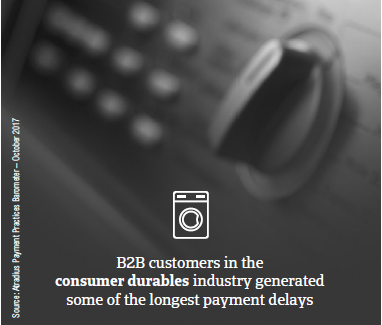 China is rebalancing its economy away from exports and investments towards consumption. This is weighing on GDP growth of its trading partners.

As more and more carmakers rush to enter into the electric and hybrid car segment, annual capacity in China is about to exceed 7 million units by 2020.